What is aperture – why it is important to travel photography

Aperture is one of the ways we control how much light gets to the film or sensor but it is is just so much more useful than that. In this article we will look at how it affects the image in so many other ways. Of course, aperture also enables lots of creative ideas to be realised. Come with us on an enjoyable journey down the exposure rabbit hole while we explain what aperture is, and how you can change your camera settings to create exceptional travel images.

The basics of aperture

The hole that changes size

Aperture is the hole in the lens that gets bigger and smaller depending on your settings. The bigger the hole, the more light that comes through onto the film or sensor. The hole can get bigger or smaller because it is made up of a number of blades. 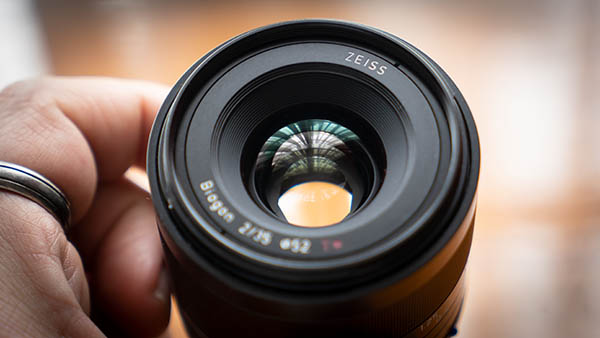 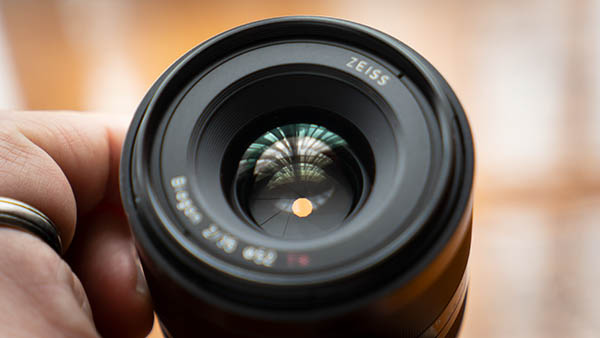 Different lenses have different numbers of blades. Some are straight and some are curved.

The light that comes through the aperture is measured in f-stops. Each full f-stop is double (or half) the light of the next stop. So f.5.6 allows double the light through than f8. f16 allows half the light of f11.

The lenses are usually advertised with the maximum aperture value so for example you might have a zoom lens that says 24mm-70mm f4 – f4 being the widest aperture of that lens. The bigger the maximum aperture, the more light can come in and the lower light you are able to photograph in. Of course larger maximum apertures come at a price. A wide aperture lens is usually heavier and more expensive than a smaller aperture. 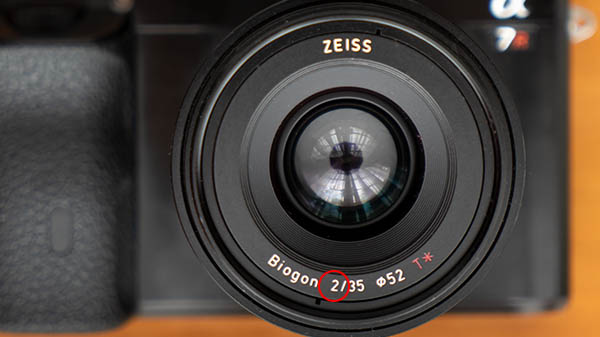 All lenses are different but this lens shows the f-stop of 2. The number after that is the lenses focal length.

If you want really sharp images, shoot in the f5.6 to f11 range. Not to get too technical but less expensive lenses are corrected for sharpness better in the middle than at the edges. So why not shoot with very small apertures? Well the light is diffracted by the edge of the aperture blades causing the image to be less sharp.

A prime lens (not zoom) will usually be sharper than a zoom lens.

What is the difference between a “pro” lens and the kit lens that came with my camera body. Is it the aperture?

Generally yes. The aperture is usually wider on the pro lens. 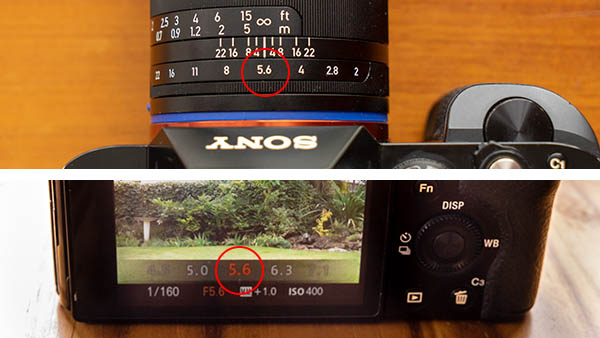 The wider the aperture you use, the narrower the depth of field. This means that out of focus areas will be more out of focus which allows you to isolate subjects away from their background

The smaller the aperture, the greater the depth of field 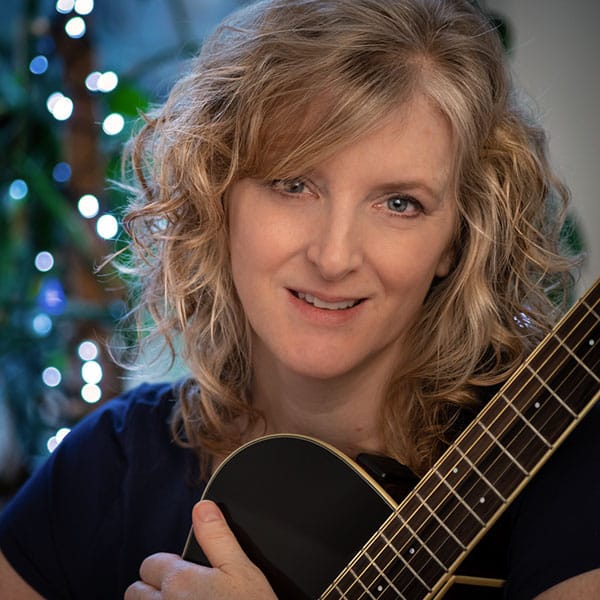 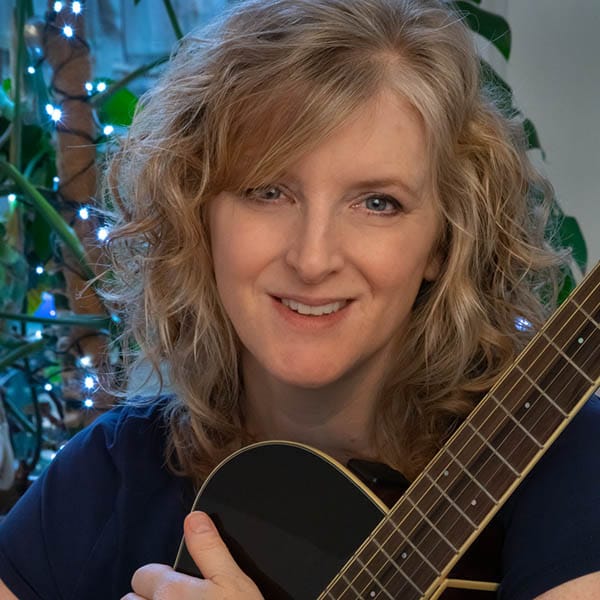 Drag the slider to see the difference between f4 and f16

For the left image of Ally, I used a larger aperture f4. Doing this ensured that the background is thrown totally out of focus.

For the right image I used a small aperture f16 so the background is more in focus and is less visually pleasing.

So how does it work – The Tecky Geeky stuff 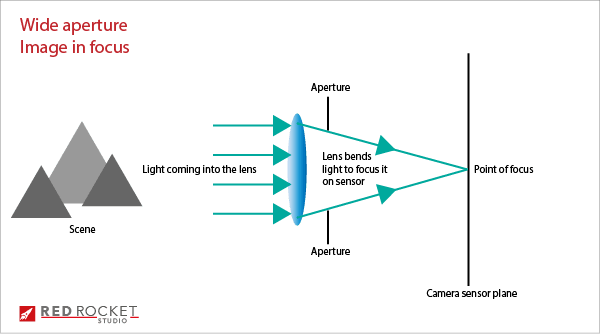 The light comes from the scene, goes through the lens and the wide aperture and focuses to a point on the film or sensor plane. 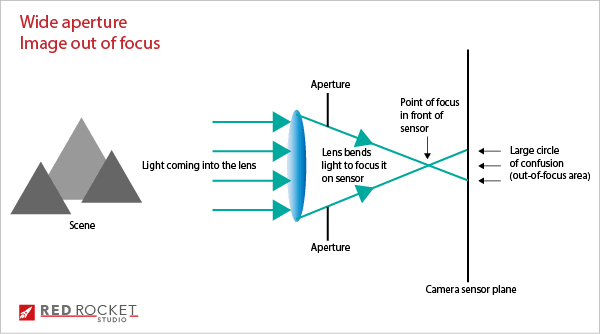 The light comes from the scene, goes through the lens but is out of focus. The focus point is in front of the film or sensor plane. As the aperture is very big, the out of focus area called the circle of confusion will be big too. Lots of blur. 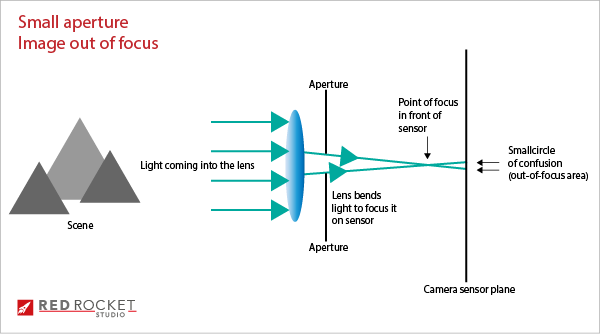 The light comes from the scene, goes through the lens but is out of focus. The focus point is in front of the film or sensor plane. As the aperture is very small, the out of focus area will be small too. Much less blur.

How does this affect travel photography then?

Lets look at some images 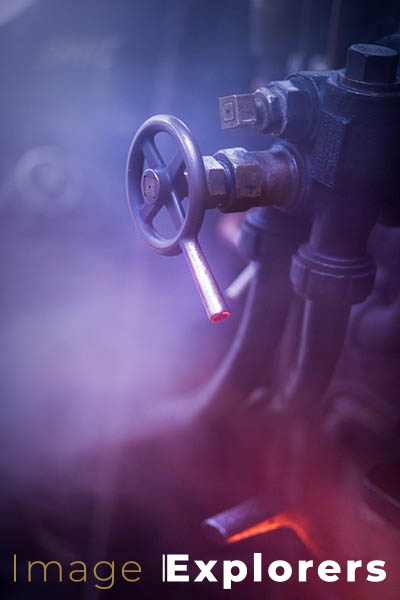 Ally shot this steam train handle glow, with a large or wide aperture (f2.8) to isolate the handle from the details in the steam. 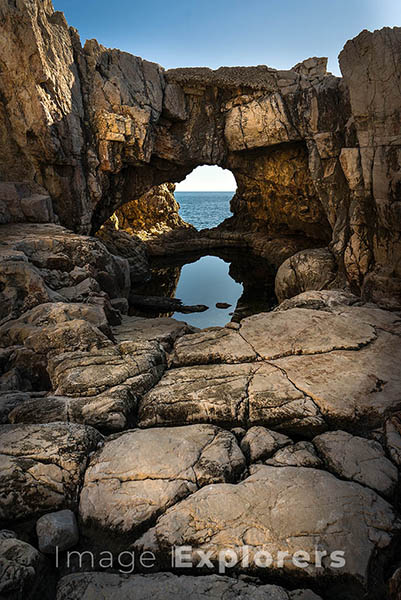 Tim shot the Croatia “hole in the wall” using a small aperture, to get everything in focus from foreground to infinity.

So finally lets break some rules!

Once you are comfortable following the ‘rules’ of aperture it will then be time to break them. Maybe try photographing a wide vista landscape wide open to isolate the horizon or a foreground tree. Try shooting a portrait with a busy background with a small aperture to get all in focus. The more you experiment, the more you will learn so keep trying new techniques.

Aperture seems such a mine-field; however armed with the knowledge we looked at in this article you should be able to improve your technique, and create some awesome photographs.