This is Creative use of Shutter and Aperture series no 1

We are great fans of super sharp images and usually do all we can to get things razor sharp. This could be by spending extra on lenses (we both use sony camera now with rather pricy Zeiss glass). Or it could be we sacrifice our health to carry a heavy tripod to our chosen scene to avoid any camera shake. Sometimes however, the subject calls for a more impressionist style and this is where some camera motion blur created by panning comes in. 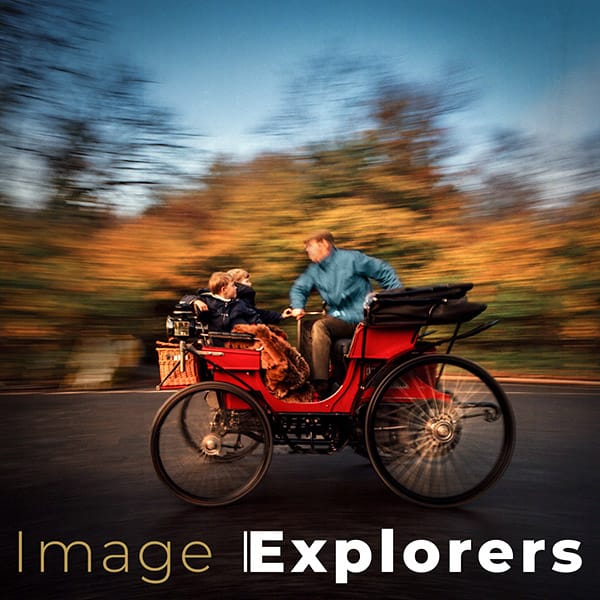 The how and why of the subject

The subject I (Tim) choose for my panning for camera motion blur was old cars. Now 2 things you should know. Firstly both Ally and I really like photographing old stuff, be it trains, planes, boats or automobiles. Ally aIso like cruise ships and gets very excited whenever she sees one – real life or on the screen. This strange affinity for large floating hotels is because she spent some time as a photographer on the Caribbean cruise ships many years ago. That was about the same time as I was photographing crime scenes around London. Mmmm… I wonder who had the better gig? I digress, so on to the subject matter.

There is a ‘race’ every autumn for vintage cars that goes from London to Brighton in the UK. If you’re travelling around the UK November time, this is a really interesting spectacle to photograph. I use the term ‘race’ lightly as most cars go well under 20 mph and often break down several times along the route. There is no place order – if you finish before 4 pm you get a medal. The run has been going every year since 1927 but was first started in 1896 and is for cars built before 1905. There was even a fictional movie about it made in the 50’s called Genevieve. Now combine the beautiful autumn yellow leaves with a blue sky and an old car and you can see we are already set up for some amazing images especially when you add the steam of a cold morning into the mix.

Now while I like to travel light I don’t always make things easy for myself. I wanted beautiful images of the cars with all the colour of fall so I went with medium format and colour film. A Hasselblad 500c/m with a standard 80mm lens and a Hasselblad SWC/M which has a super wide 38mm (by medium format standards) fixed lens. When I was standing at the side of the road watching a few cars go by I realised my mistake. Super sharp images of these cars wouldn’t show the movement. If you’re looking at getting into film photography, see our best film cameras for beginners guide, best black and white films for travel photography, and how to load 35 mm film into your camera. 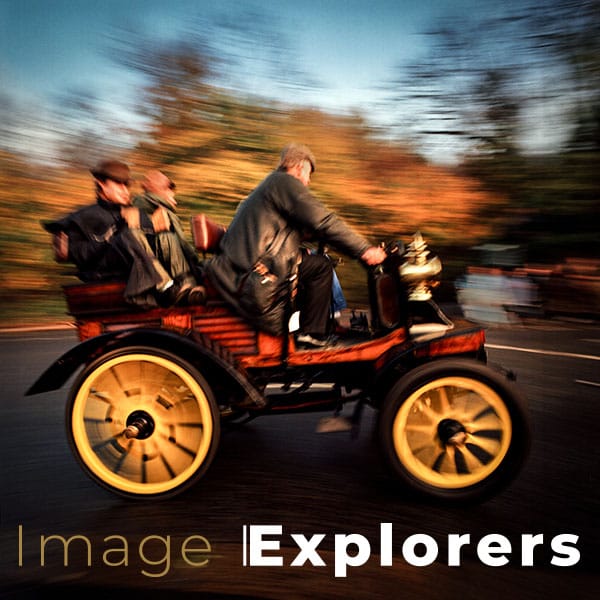 Not so sharp but an infinitely more pleasing image

I decided to use the super wide Hasselblad to pan with a slow shutter speed to create movement. The SWC/m has a separate finder on top so it’s actually easier then you would think.

The way this works is to follow your subject, as it passes, with the camera and when you push the shutter button to take the exposure just keep following. Don’t stop the panning movement until well after the exposure is finished. Now combine this with a slow shutter speed – start with around 1/15 second. It’s best to practice this with a digital camera as it takes a bit of getting used to and there will be many ruined images. The longer the shutter exposure, the more blur you get, but the less sharp the main subject will be. 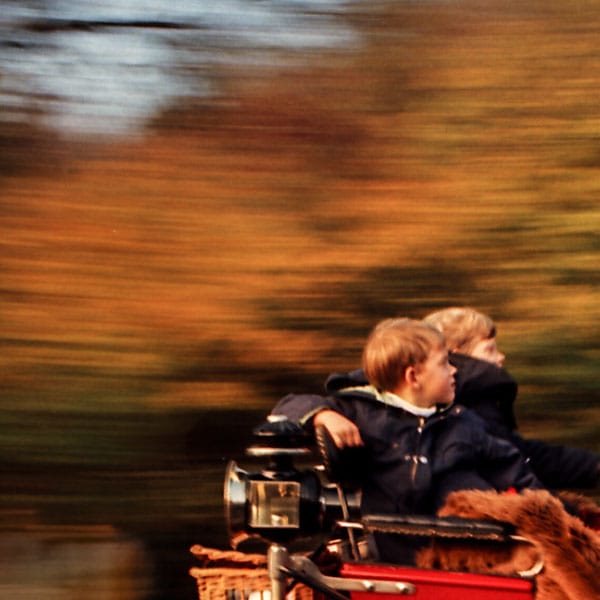 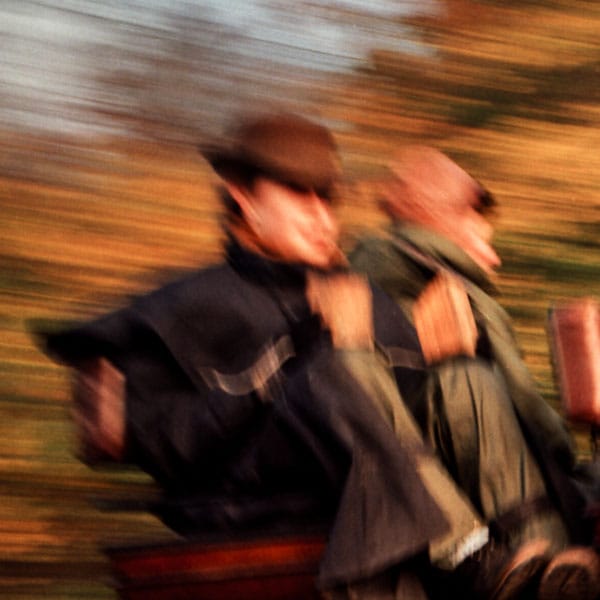 Pan and blur for images with a JMW Turner like impressionism

The other thing that happens is that the car wheels end up with circular motion blur too. Cool!! 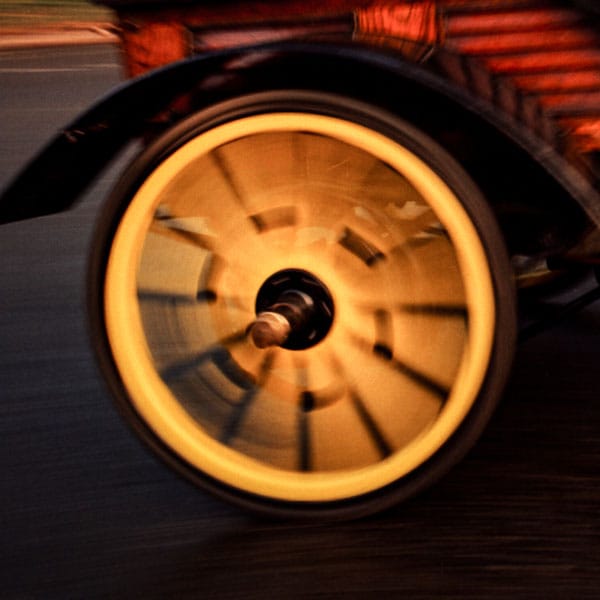 I used a really wide angle so I was really close to the cars. This meant that the blurs have this awesome distorted look to them.

A bit of dodging and burning and some sharpening helped the image to ‘pop’.

These then become non destructive edits.

This technique works so well on any moving subject. Mechanical objects are a-given but panning for camera motion blur can create incredible images of people and animals with blurred backgrounds and interesting blurs on legs and swinging arms.

Take lots of shots, get a nice smooth panning action and finally experiment with different shutter speeds. Above all – enjoy every new technique.