27 Feb Cyprus shipwreck and a lack of dead kings

Are your holiday images a bit on the tame side? A Cyprus shipwreck and an ancient ruined tomb are just what you need to give you that Indiana Jones feeling.

Cyprus has a bit of a reputation as either a party island or a place to lie and soak up the sun but there is so much more to see and photograph. The following are 2 areas on the south west coast near Paphos so grab your camera and battered fedora and come exploring with us.

Cyprus shipwreck at the Sea Caves

On our trip back from Paphos and heading in the general direction of where we had heard about the famous Cyprus shipwreck, we noticed an incredible sunset about to happen. Unfortunately we were still half a mile away from the sea but with lots of hard acceleration and zippy corners we turned around the last bend and there was the shipwreck exactly where we expected. Coming to a screeching halt, I grabbed my camera and jumped out the car whilst Tim found somewhere to leave the car. The sunset here was phenomenal with a very interesting sky, and we both came away very very happy with the pictures we’d made. 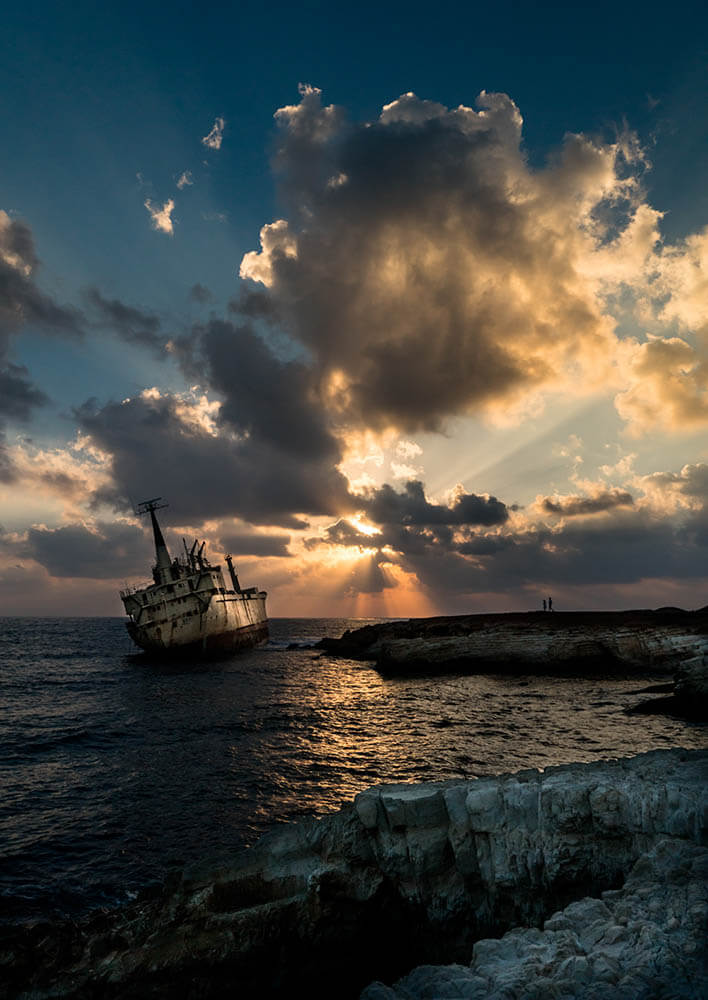 I was shooting directly into the sunset and needed to stop down the lens for a reasonable depth of field. I have a pretty steady hand but when I feel the shutter speed is too low I usually find a rock or sturdy tree branch that serves as a makeshift tripod. We bracketed these in case we needed to use multi-exposures. This would allow us to get details in both the sun and cloud highlights as well as in the very dark shadows of the water. We needn’t have worried as we managed to pull detail back using techniques in the RAW file converter. (See how we did it on this picture of the Hyde Park building in the before and after section.)

Tombs of the Kings (but nothing to do with kings)!

This is a UNESCO World Heritage Site about 2 km from Paphos Harbour. Many of the tombs date back to the 4th century BC. It has nothing to do with kings. The name comes purely from the magnificence of the tombs. We went here not far from closing time but were told we’d have enough time to walk around. As it was just a minimal charge of €2.50 we decided to go in. It turns out that if you want to take time to photograph you do need a lot longer! There are a lot of ruins obviously, some more interesting than others. But if you go down underneath some of them there are some amazing images to be made. One in particular, with lots of pillars, with the golden light coming through was beautiful. To create more atmosphere, we kicked up some of the dust so it was hanging in the air. 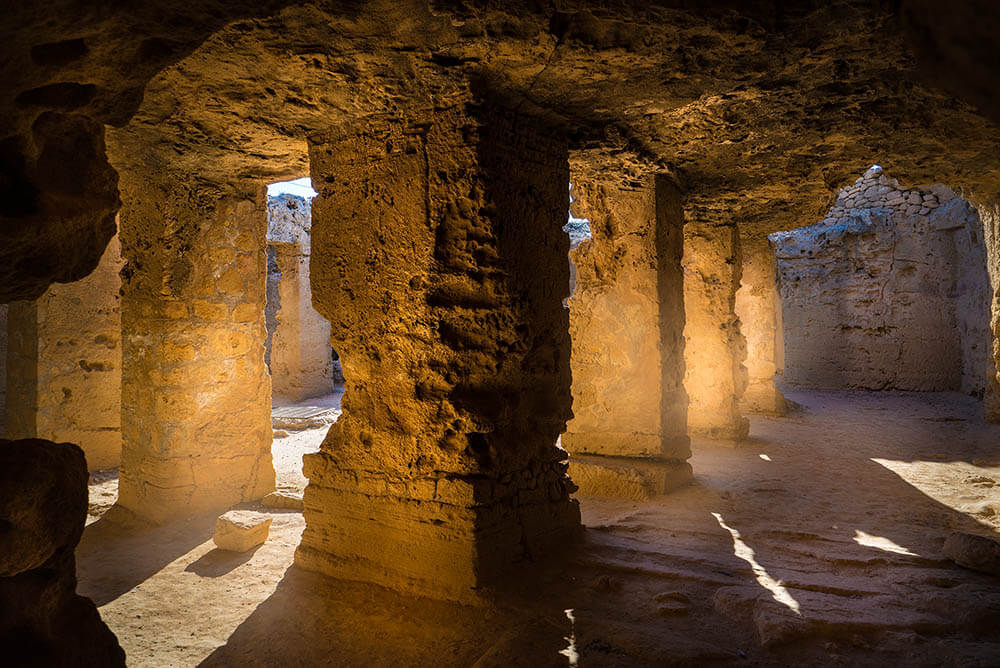 Tombs of the Kings

To avoid being locked in we rushed our image making. It was late in the day and there were very few other tourists around. We photographed the last few pictures and ran for the gate only to discover that the attendant had already left. It turns out that the turnstile will still allow you out! Excellent photography tip: go late in the day and you can shoot towards sunset when everyone else has left and still get out.

You can’t beat a good Cyprus shipwreck and an old Tomb for some really moody images.