There are so many amazing places to go to, to create images. And Dubrovnik Old City is one of those. Architecture, scenery and landscape, all in one place. You couldn’t ask for more. 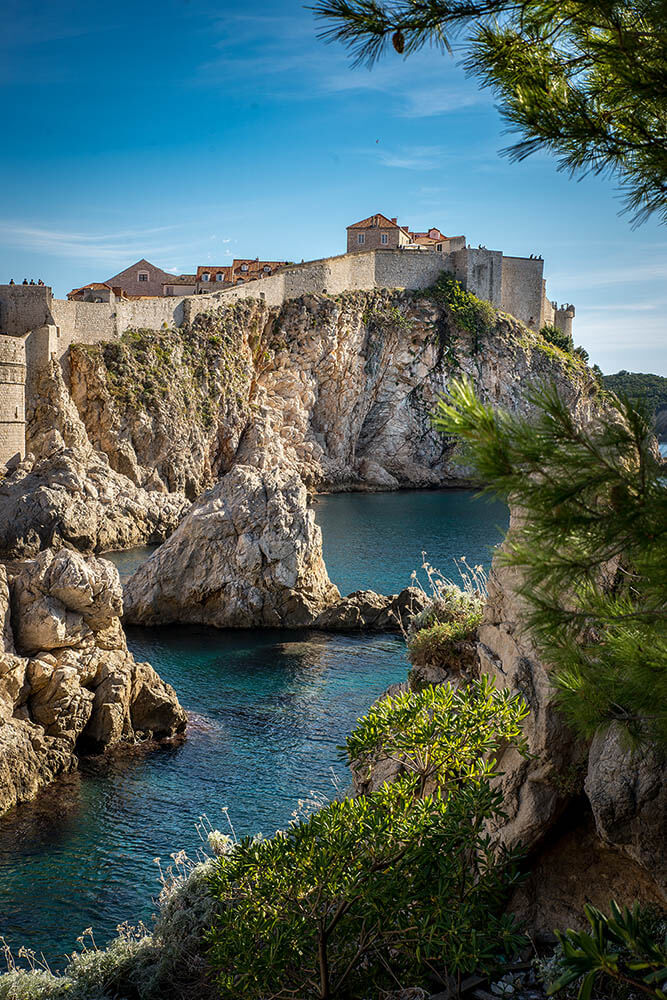 What we first found

As we hobbled our way around the city with major pain in our legs, we found stunning views, awesome ancient architecture with a fairy-tale feel about it, azure skies, inviting looking Adriatic Sea, alley-ways that were just calling out to be photographed, and lots of really interesting doors (yes, really doors! You can find amazing images in almost anything!)

We were there the end of October to the beginning of November and it was still sunny, with temperatures reaching about 20 degrees, although cooling right off in the afternoon and evening. From a photography point of view, it was a haze free environment and litter-free as well as having less tourists than peak season. 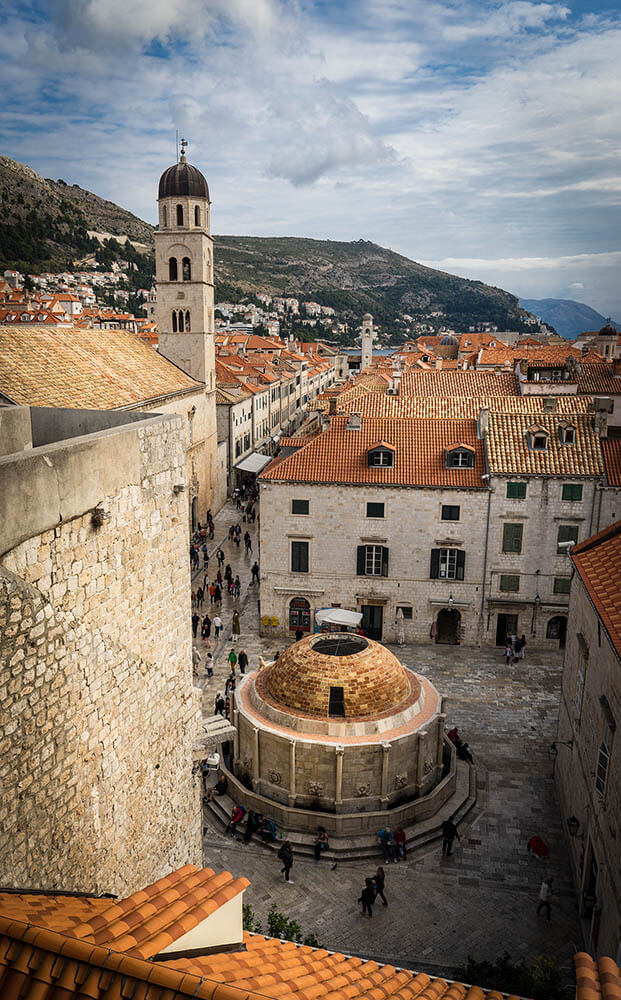 Inside the City Walls, the floors are marble

Inside the City Walls

One of the things we found most interesting were the alley-ways and steps. These can make for quite contrasty images but on the days when it was slightly more overcast than others, this helped our situation. Photographs down alleys are always very difficult to do as they can be quite dark, and if the sun is streaming in to the upper parts, it creates a very contrasty photographic situation. We try to get around this problem, by using backlight on an interesting feature, or by bracketing.

After the confines of the city wall, we made our escape up the hill and found the most amazing ‘secret shooting spot’! If you walk straight on out of the Pile Gate a short distance, past the Fort and a couple of supermarkets you will come to a restaurant called Sesame. Turn left in front of this and follow the path and keep going up. You’ll end up in a car park – not very exciting we hear you cry – but don’t fear. At the end of this car park, you will be able to get to the edge of the cliffs, walk down and find some outcrops that will allow you to photograph both the Fort and part of the city walls, which turn an absolutely glorious orange as the sun dips down to your right. If you’re shooting towards evening, then a tripod would be helpful, but there are plenty of rocks to steady your camera on. Wear sensible shoes, and be very careful, as one wrong footstep could end up with a sudden death drop into the ocean. 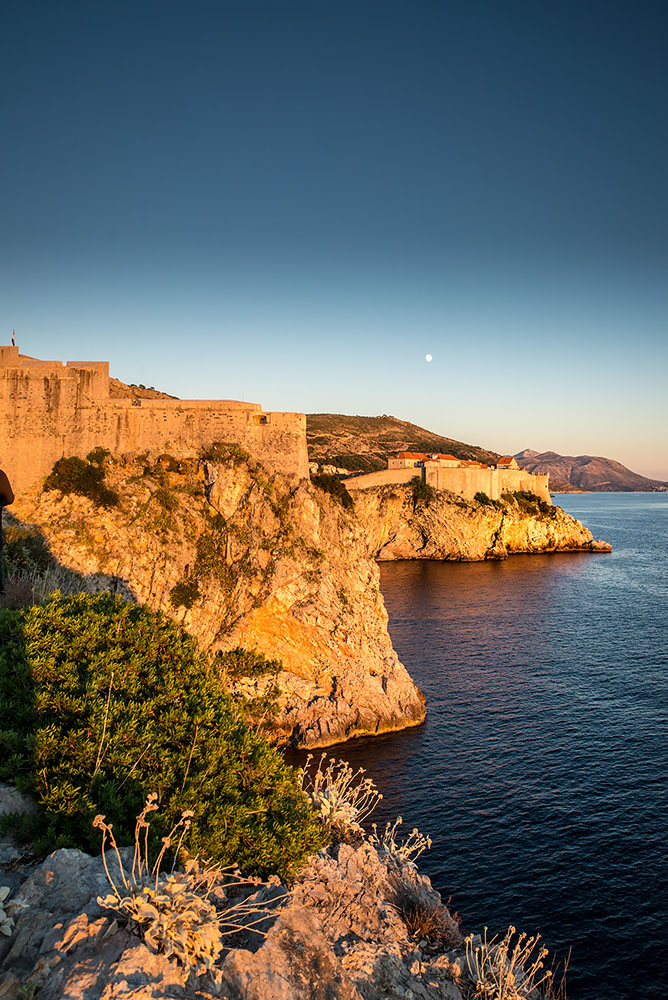 From the secret parking lot spot

As we try and travel super-light most of the time, we don’t always travel with a tripod, so we tend to use objects to keep the camera steady. 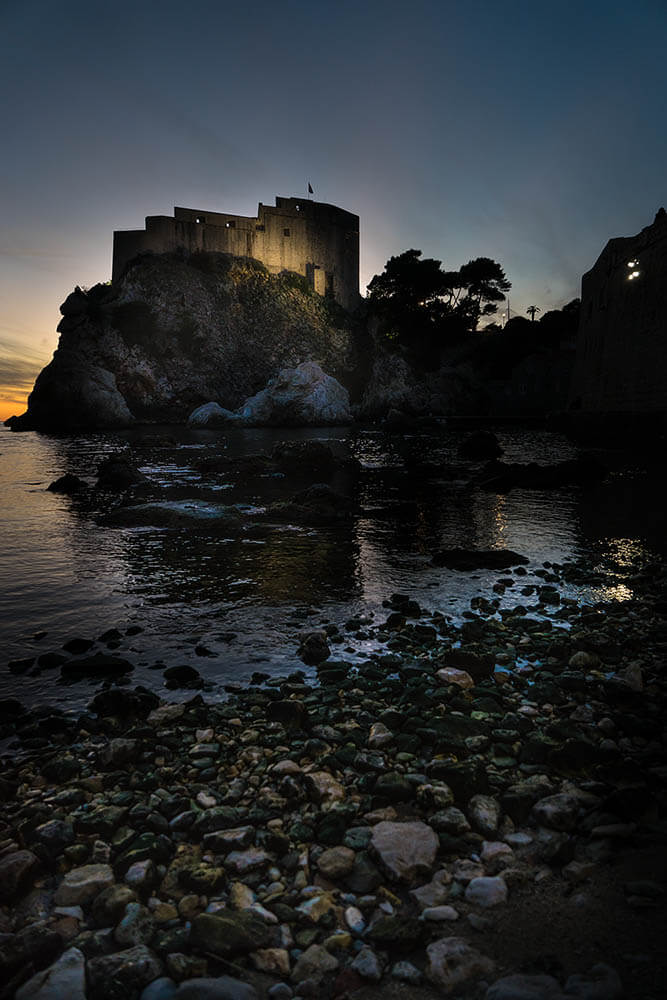 On this occasion, we used the wall overlooking the edge of the city wall and the fort (Game of Thrones, Kings’ Landing harbour!) If you wish to get movement of the water, you need a long exposure 4-5 seconds at least.  An ND (neutral density) filter will give you much longer exposures giving you awesome results. 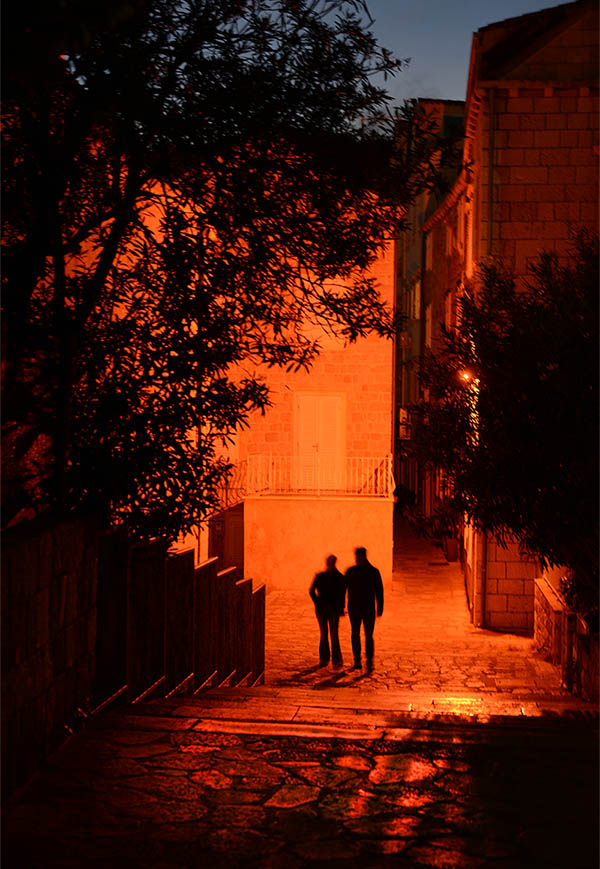