If you visit Dubrovnik, in Croatia, one of the must-see areas from a photographic point of view is Lokrum island. This is an uninhabited island, but was formerly home to, (and was founded by), Benedictine monks in 1023 who had to leave in 1798. The only way to this is via a boat trip, or kayak trip. 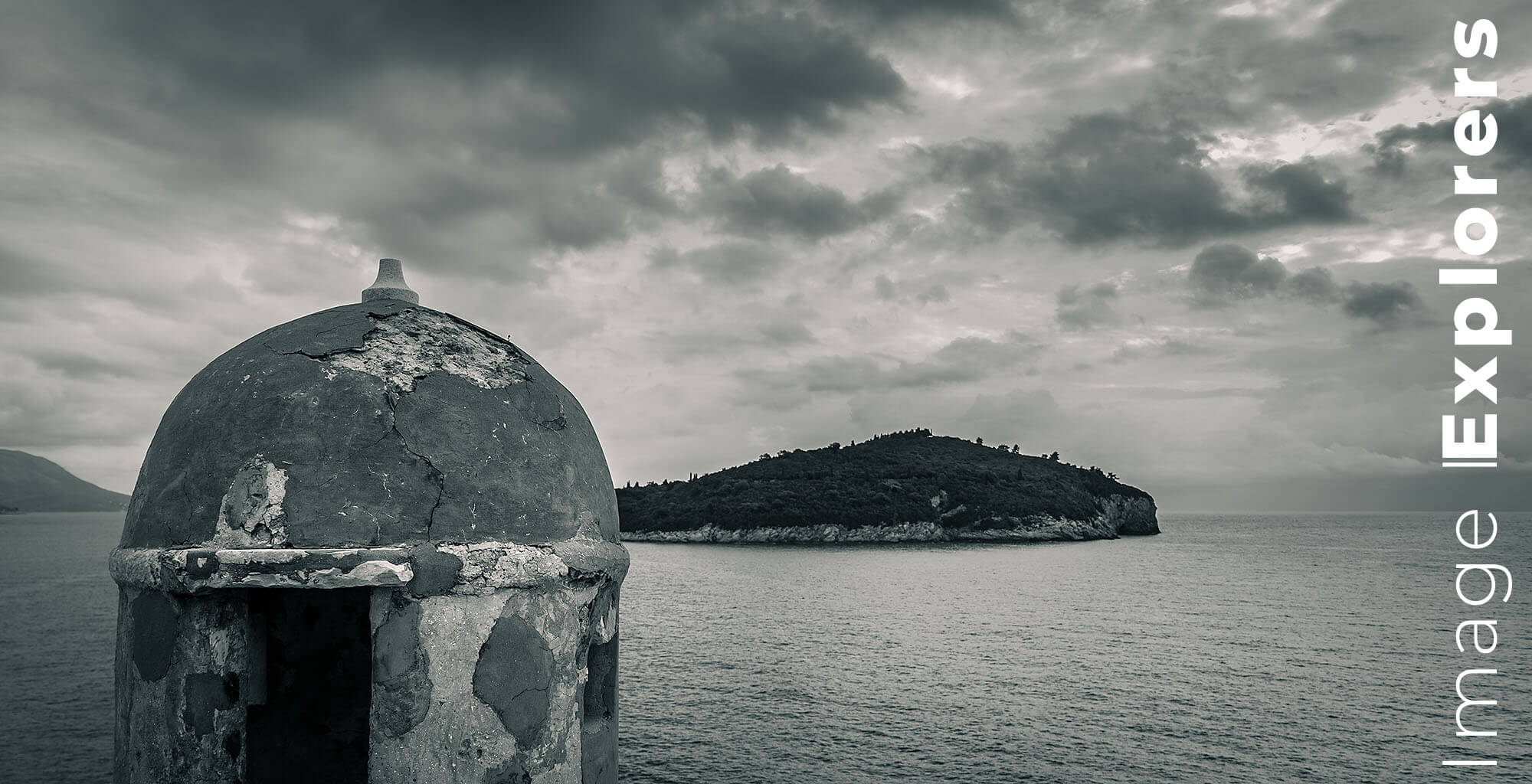 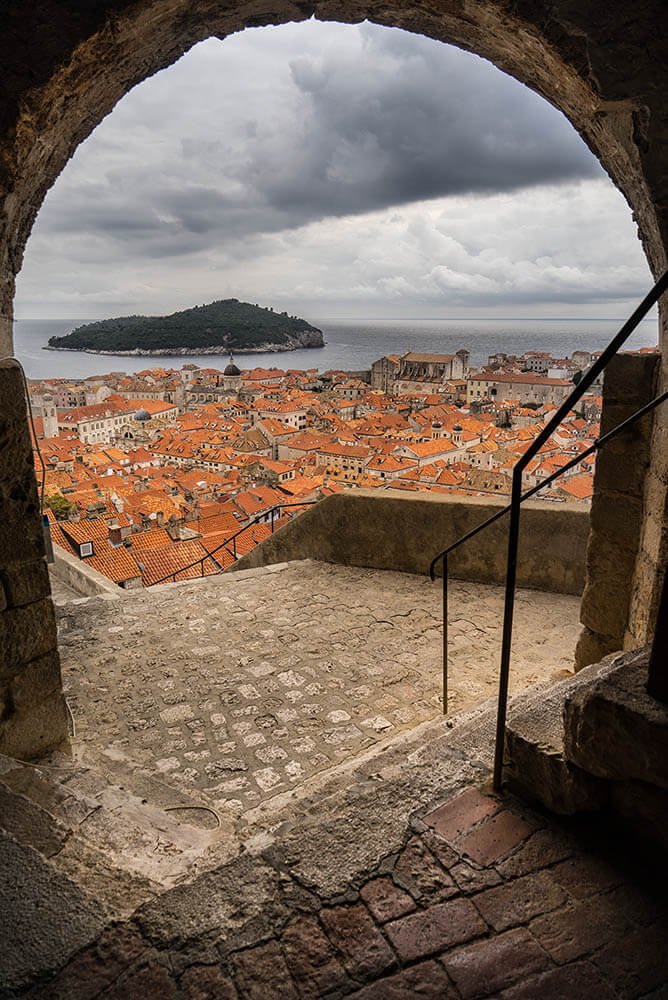 There are quite a few unique features to photograph on Lokrum, so long as you don’t mind walking. The monastery is interesting, but it’s so beautifully kept with perfectly manicured lawn, peacocks and rabbits, that it loses the whole feel of “ruin”. You can’t go in anywhere – all doors were locked when we visited and it looked like there was some restoration work being carried out.

Attention Game of Thrones fans … as most GoT fans know, a lot of filming is done in Dubrovnik, and around the corner of the Monastery, there is a small door which leads to a section with lots of videos of interviews with actors from the show, behind the scenes footage and … drumroll … a replica Iron Throne … which you can sit on. 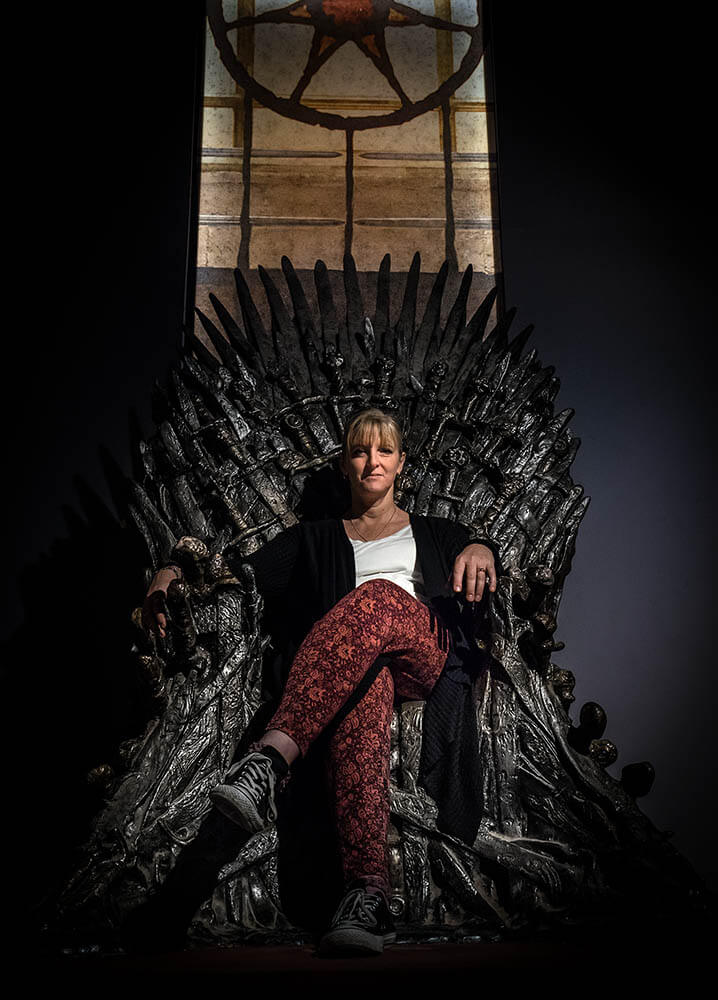 We found the two main areas to photograph were the Dead Sea and “Rocks”. The Dead Sea, is a small pool, which is a very interesting shade of bluey-green. If you are photographing at midday, as we were, the lighting is very harsh – half is in sunlight and half is in shade – so we stuck to photographing the cave area which was in shadow.

Online, Tim had seen a picture of an area called “Rocks” which showed an archway in the rock opening up to the sea, and he felt sure that we could create a better image. We nearly missed this because it’s quite well hidden, but when we finally found it, it was stunning. (Wear sensible shoes for this – lots of clambering over rocks). Once again, shooting at the time we were there, meant very harsh lighting. (Unfortunately, you can’t stay towards sunset, because the last boat in October goes back at 16:00 to the mainland). So, we’re back to the same problem of harsh light and dark shadows. We can get around this to a certain degree, because we’re shooting RAW and can pull a lot of detail from the shadow and highlight areas. During these situations, we tend to bracket our pictures. This means shooting a normal exposure then a number of stops under and over – (number of stops depends on the harshness of the light and most DSLRs and mirrorless cameras have a bracketing function). This then enables us to copy details from one image into another, that are too extreme for the sensor to record. One can also use various pieces of software to put the images together as an HDR image but be careful using this as it has a tendency to look “overcooked”. 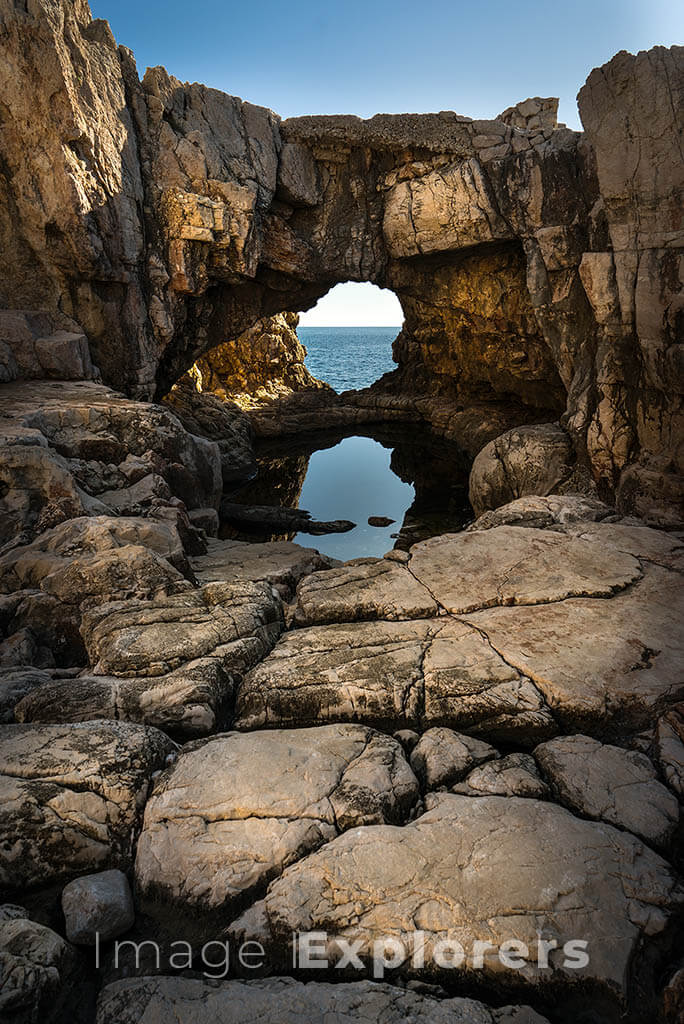 Again, as we were hobbling our way around the island with our very stiff legs from the previous days, we were heading to the Fort Royal. This comes after a long walk along the “Path of Paradise” … sadly anything but a path of paradise haha, as it’s all up a very … long … hill. But it is worth the climb. Once in the Fort Royal you get an awesome view over the city. The Fort is also an interesting structure to photograph.