19 Apr How to photograph the moon

Many people ask me how to photograph the moon.

A lot people who try to photograph the moon get problems with an overly bright moon, but not enough detail around it. The main problem is when you take a photograph of the moon at night, the moon comes out so bright you cannot see the details in it. It could even be so bright that it looks like the sun. So how do you photograph the moon? 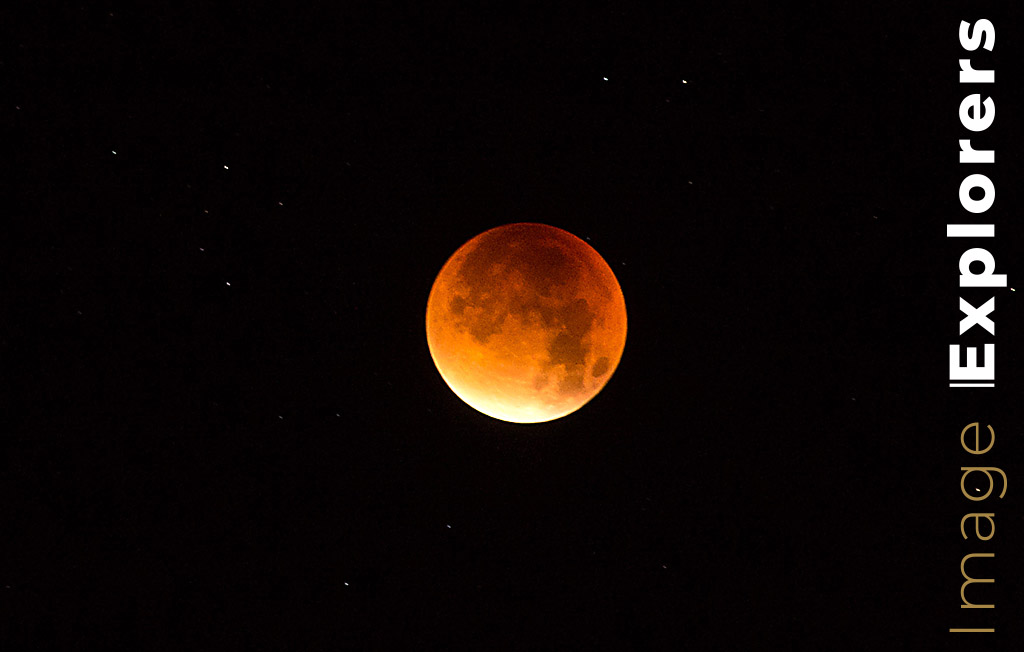 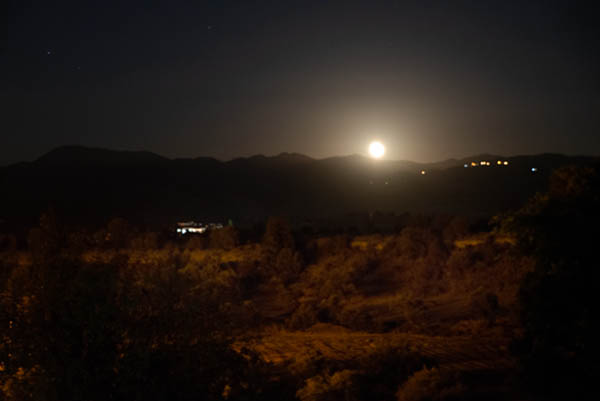 Well the first thing to look at is exposure. The moon is lit by the same sunlight as the earth is during the day, so the exposure for the moon itself is similar to earth daylight. Let me explain:

Whatever you do, don’t use an auto exposure setting on your camera as this will give you a totally overexposed image. See our why your camera lies to you post for more details.

So how do you get around that?

Use 2 photographs and put them together in Photoshop. Take one image before the moon has risen (or is out of shot) using the correct exposure for night-time. Take a second photograph of the moon, but use an exposure that is more compatible with shooting a normal daylight scene. I would bracket (take multiple images with varying exposures) to get the perfect moon exposure. 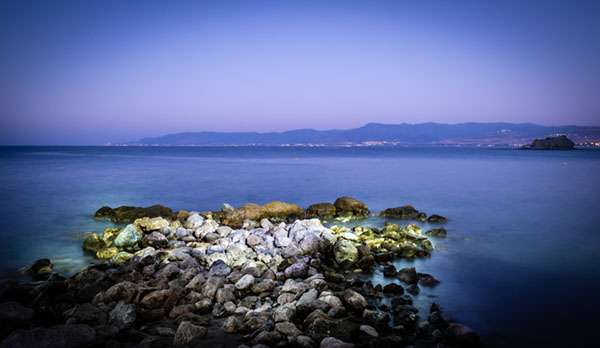 Original scene before adding a photograph of the moon 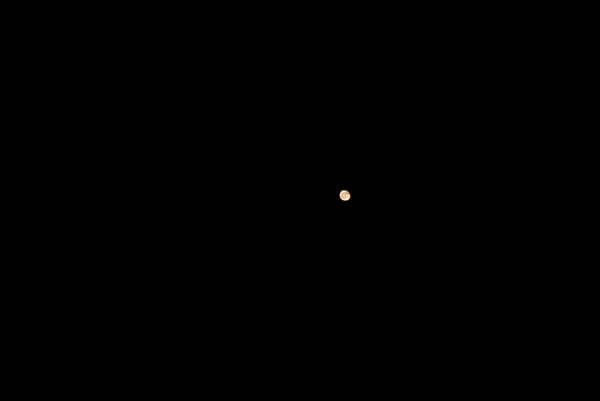 What about an eclipse?

These do need a bit of bracketing as exposures change during the eclipse. This Red Moon Eclipse at the top of this post was shot at 2 seconds at f9 with an ISO of 800. You might just need to experiment.

Putting the photograph of the moon into any scene.

The first thing we’re going to do is to drag the moon photograph into the selected scene in Photoshop. It doesn’t matter where it goes as we can move it later. You can even resize it a bit if you need. 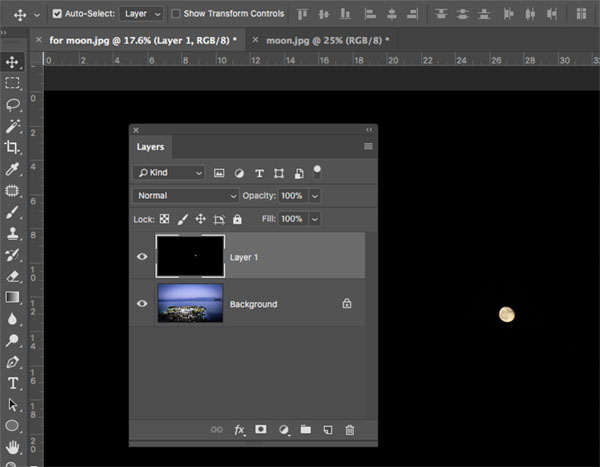 Now let us change the mode in the layers panel to Screen. Screen hides the darker areas of the layer and only shows the lighter, so your dark black sky now disappears.

Change the photograph of the moon layer to screen mode 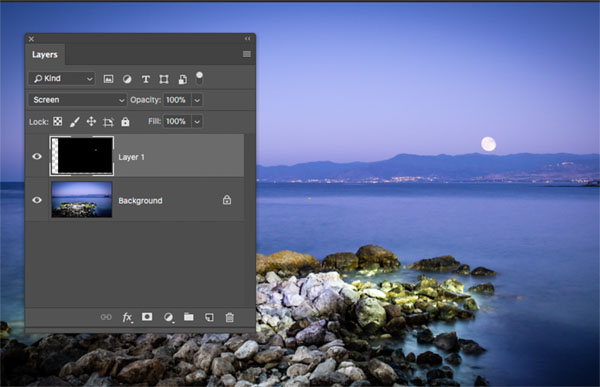 Move the photograph of the moon layer to required position

At this point you could just stop as your moon looks great, but what about a subtle moon reflection on the sea?

Putting in the moon reflection

Let’s start with a selection. It doesn’t need to be perfect, just a rough shape of where the reflection might be. 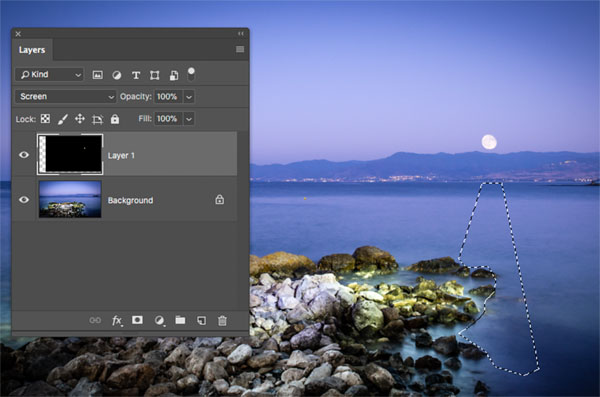 A photograph of the moon needs a reflection to make it believable, so start with a selection

Use the adjustment menu in the bottom of the layers panel to add a levels adjustment. Lighten the area with levels. The selection automatically generates a mask, so only selected area will be affected. 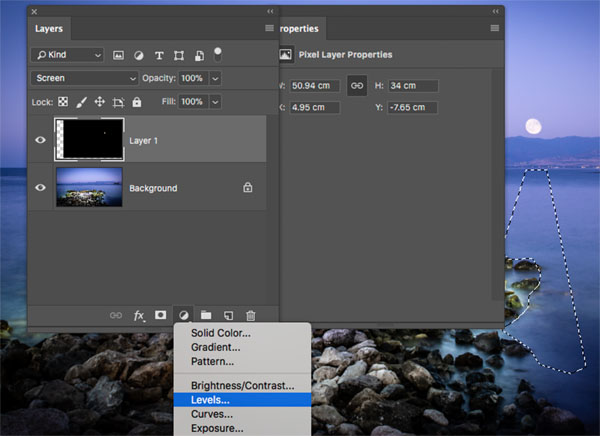 Add a Levels adjustment layer in the layers panel 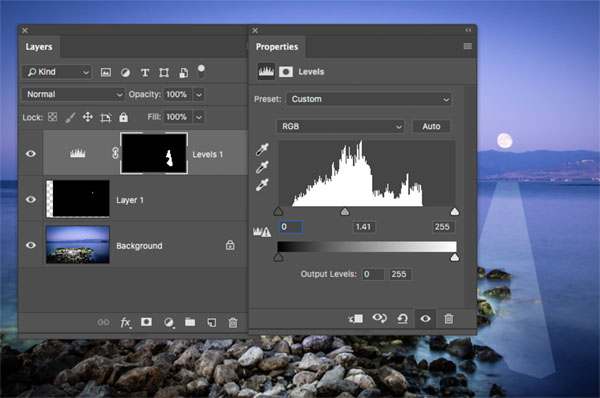 Looks a bit rough right? Well now, if you double click the layer mask you will get to the mask options. Choose feather to soften the edge of the ‘reflection’ to taste. Remember subtlety is the key. 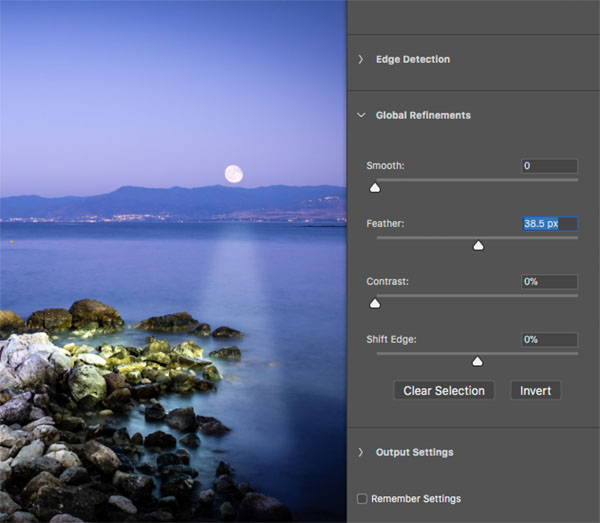 Now just dial back the amount of reflection on the sea using the opacity slider on the layers menu. 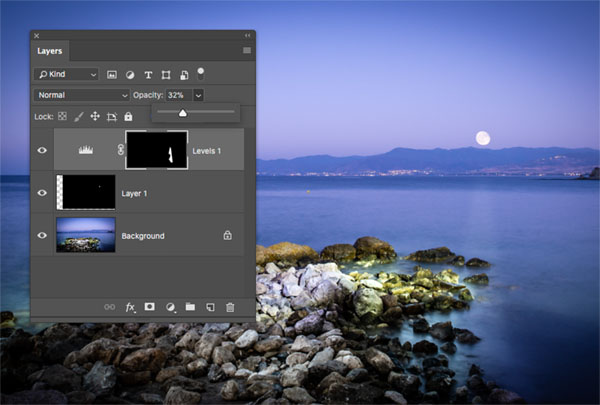 Reduce the reflection of the moon with the opacity 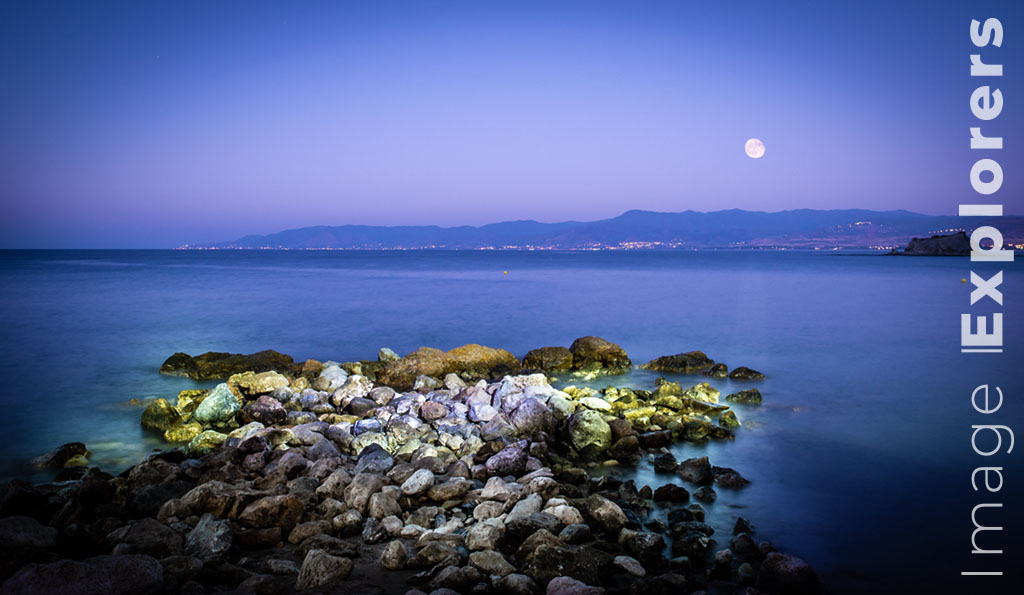 I hope you enjoyed this how to photograph the moon tutorial. Whenever I go out on a clear night, I will often photograph the moon as you never know when it will come in handy for a picture. For an idea of what the moon phase will be take a look at the time and date web site.